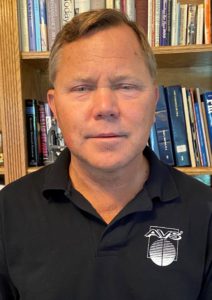 “Fabrication and Characterization of Industrially Important Films and Coatings”
Tuesday, May 24, 2022, 11:00 a.m.

General Electric – Research (GE-R) has been the center of innovation for the GE businesses and strategic partners for more than a century. Our mission is to see, move, and create a brighter future through innovation. In 2018, GE-Research made a strategic decision to expand our collaboration with external partners to develop advanced and differentiating technologies in the areas of materials development, characterization, and analytics. The talk highlight novel capabilities for film/coating deposition and how advanced characterization provided solutions and solved a problem that enabled important industrial-technological breakthroughs and ultimately the development of new/improved products. The presentation will focus on the characterization of both surface and sub-surface layers.

Vincent S. Smentkowski obtained his B.S degree in Chemistry from Marshall University in 1997 and his Ph.D. in Physical Chemistry from the University of Pittsburgh in 1994. Prior to joining General Electric – Research (GE-R) Vin was a post-doctoral fellow at Argonne National Laboratory where he was part of a multi-laboratory team that designed, built, and tested a novel reflectron analyzer for real-time, in-situ, studies of surfaces during film growth at mTorr pressures using pulsed ion beam techniques – the work resulted in a 1997 R&D 100 Award. Vin is now employed at General Electric – Research (GE-R) where he performs surface analysis to support research programs at GE-R, GE businesses, and strategic partners.

Vin’s research is focused on the applications of ToF-SIMS analysis, emphasizing how multivariate statistical analysis tools facilitate data reduction. Vin also collaborates with external laboratories in order to evaluate advanced microstructural characterization techniques such as Atom Probe Tomography and Helium Ion Microscopy and show the benefits these techniques have for industrial materials. Vin holds 7 U.S. patents, more than 100 publications in referred journals, more than 255 formal GE-R internal manuscripts, numerous contributed, invited and keynote talks. He has co-authored 3 book chapters and edited one book “Surface Analysis and Techniques in Biology” (Springer, 2014). In 2011, Vin served as the first Guest Editor for a Special Issue of Microscopy Today focused on Surface Analysis. He serves as a mentor to many researchers.